Stan Rieb’s passion for gospel ministry through the local church has led to his serving six churches in Colorado and Wyoming over the last 37 years. In 2004, he moved into regional and national ministry through the Rocky Mountain Church Network and CBAmerica. He has since been involved in nearly 100 church health assessments or Ministry Mappings. Using his appreciation for technology, and a belief that congregational health rises or falls on effective leadership, he coaches pastors and church leaders from throughout the United States. As a Certified Birkman Coach he can help individuals develop an understanding of their personal strengths and needs and assist groups to build greater cohesiveness through understanding their team dynamics.
He and Heidi have been married for 44 years. They are the proud grandparents of ten exceptional grandchildren from three rather ordinary sons who married well (a Pastor, a Human Resource manager, and a Doctor might indicate the sons are ok but don’t tell them).

Mike Lundberg has been the pastor of Church on the Hill in Montrose, Colorado for 20 years. Before that, he served four years as the pastor of the Hooper Baptist Church. Before Hooper, during and following Denver Seminary, he was hired as the children’s pastor at Bear Valley Church in Lakewood and served in that capacity for six years. Pastor Mike values long-term pastorates believing they are the best for both churches and pastors. Above all, Pastor Mike desires for churches to come together in influencing the culture and advancing God’s kingdom both locally and regionally. He enjoys the outdoors as a hiker, climber, and skier both cross-country and downhill. And he has been happily married to Mary for over 36 years. They have a son Nathan who is married to Megan, and they live in Colorado Springs. Tom Herzog is a regular guy with an extraordinary God.  Tom grew up on a ranch in Eastern Montana.  After working in higher education for a decade and another nine years at Camp Bethel in the Big Horn Mountains, he and his wife Carla moved their boys, Tim and Luke to Broadus, MT in 2008 to accept the call as pastor.  The church name changed to Faith Bible Church in 2014, but continues to strive to reach the people of this rural county for Christ, having grown from a church of about 60 to one of about 120 in attendance.

Herzog tries to stay closely connected with the community he serves through involvement at the local schools and their sporting functions, volunteering with local non-profits and just spending time “out and about”. He enjoys golfing, archery hunting and about anything else outdoors. 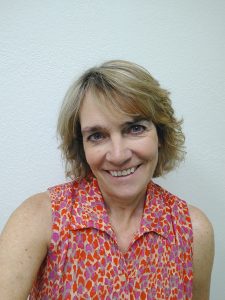 Debbie Vanlandingham
Administrative Assistant
Email
303-772-5655
Debbie is the beauty amongst a multitude of beasts. She is a contradiction in cultural stereotypes. She has lived in Boulder so long she considers herself a Colorado Native. Her strong work ethic and warm and endearing personality are assets to the office and our region.