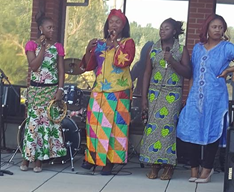 Statistics and independent research indicate that possibly up to 40 percent of the population immediately around Galilee Baptist Church in Denver, Colorado have immigrated from Africa, Asia, and the southern parts of the Americas.  The estimate is that there are roughly ten thousand people living in apartments within one mile of the church.  The people of the church, which is presently between pastors, led by a part time staff pastor, Joshua Gomatam (he himself is from India) realized the  need to begin reaching out in a significant way.

Galilee Baptist Church, which is largely white with a large number of elderly saints, came together in unity to address the problem.  They began by intentionally steering the focus of the church’s outreach, by adding a subtitle to the church’s name.  The church’s name became “Galilee Baptist Church…An International Community of Believers”.  Next, they taught church based and personal evangelism from the pulpit, followed by meetings for strategizing effective out reach. The first public step occurred on Sunday night August 14th.  They called it a “NEIGHBORHOOD INTERNATIONAL FESTIVAL”.  A cross section of church attenders of all ages and from several different race groups sought permission to go door to door in the apartment complexes surrounding the church, personally handing out invitations and having conversations with these neighbors.  Teams were formed to develop live multi-cultural music and testimonies from within Galilee Baptist Church where possible, as well as outside.  Altogether, we had music and testimonies shared in seven languages.  Others took on the task of presenting finger food from around the world, as well as games and children’s events (which included face painting…and making balloon animals).  On the night of the festival, a team of church people intentionally moved through the crowd…welcoming and getting contact information while giving out information about plans for future events and ministries at Galilee.  Other church people just came to shake hands while identifying that they were from the church and welcomed them to America if they had obviously immigrated. 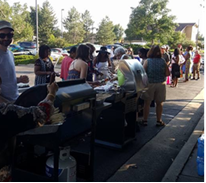 A flexible but strategic plan had been thought through in earlier meetings, and now is being solidified into next steps.  Apartment staff members who allowed or helped in distributing our invitations were thanked with a gift basket of candy.  A good number of contacts have been attained and are already being followed up on.  Teams have already met to debrief and gather suggestions for repeating the event next year.  Concerted prayer efforts were put into place for outreach and are continuing on.  ESL classes, a recovery group, and an evangelistic kids club are actively being developed.  Our first ESL class and simultaneous Kid’s Club began Sunday, Oct. 2nd, and Recovery group will soon follow. 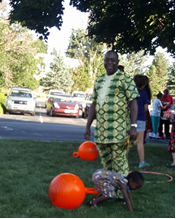 Festival attendees from different continents have said they want to come to church.  Several mothers who attended with their children, which included a couple of Muslim women, want their children to be involved with future children’s ministry.  One of the best things that has happened is many of our people in the church have been moved by their involvement in this outreach and are becoming activated towards future outreach ministries.

This is a beginning point.  We at Galilee recognize that Joshua and the people of Israel did not sit back after crossing the Jordon, and conquering Jericho.  We do not plan on ending our outreach into the neighborhood surrounding Galilee.  We are looking around at the fields white for harvest and are making plans with what we have to bring the harvest in.

TO GOD BE THE GLORY!